Iran Deal a Defeat for the Israel Lobby 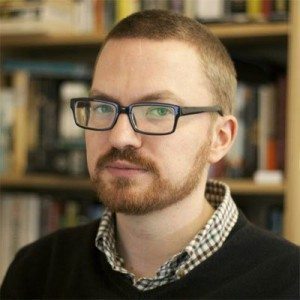 The US and several other nuclear-weapon-owning states recently signed an agreement with Iran that would allow the Islamic Republic to continue its peaceful nuclear energy programme while sanctions are progressively lifted. At the same time, Iran has agreed to strict limits on its programme.

The Israel lobby, especially in the US, is responding by absolutely freaking out. Israeli Prime Minister Benjamin Netanyahu has reportedly stated that he plans to “kill himself” trying to convince the US Congress to reject the deal.

The American Israel Public Affairs Committee (probably the most powerful part of the Israel lobby) is reportedly pumping $20 million into a new campaign group which is supposed to “educate” the public about “the dangers of the proposed Iran deal”.

Notice the subtle wording in the latter quote: “proposed”. In fact, this is not just a proposal, it is a done deal. President Obama has said he will veto any move in the Congress (where Israel and AIPAC are influential) to block the agreement. It seems likely Netayahu’s efforts will go nowhere.

On HuffPost Live, journalist Glenn Greenwald thinks this is a defeat for the Israel lobby: “I don’t think that they’re going to win this fight. And when they don’t, when they actually lose it I think that this kind of aura of invincibility that has surrounded the Israel lobby for so long will be severely compromised and weakened in a way that will be very positive”

With the slight danger of speaking too soon, I have to say I agree. Although the Israel lobby is obviously still rich, powerful and influential, this is a major defeat.

This lobby, much like Israel itself, relies on a myth of invincibility. While it is not an either/or situation, much of the lobby’s influence is only possible because the US elite is already amenable to being influenced when it comes to Israel. The preponderance of the US establishment overwhelmingly considers Israel to be a strategic asset to US imperial interests in the region (and even in the world: witness Israel’s historic role in arming repressive regimes such as apartheid-era South Africa and the former dictatorships of Latin America). But for various reasons, this US government considers it in its own interest to strike this deal with Iran.

I say all of this with no illusions. In order to placate the lobby, Obama sent $1.9 billion in extra US weapons to Israel, with more to follow. There is no serious rift here between Israel and the US. Such disagreement as there is largely irrelevant to the overwhelming fact of US support for Israel, it’s occupation of Palestine and every single one of its wars.

At the same time, the deal shows that the lobby is not invulnerable, as it would like us to think it is. There are other signs.

Last week, the Palestinian Return Centre won recognised NGO status with the UN in New York. The Israel lobby went pretty crazy during the preceding weeks and months in an attempt to block it.

It came down to a vote in a 54-member committee. The lobby’s efforts did have an effect, with many member states abstaining from the vote (Britain disgracefully voted for an Israel proposal to block their recognition), but in the end their efforts were narrowly defeated.

Israeli spy agencies have carried out a campaign against the PRC over the last few years, stating in 2010 that it was “banned” from operating in Israel. This was a misleading claim, since, as a organization run by members of the Palestinian diaspora (it is based in London) it does not operate within Israel. Rather, this was a thinly-veiled attempt to make the group appear illicit. Israel claimed that PRC was a Hamas “affiliate” yet presented no evidence of this. PRC denied it.

Clearly, Israel has no convincing evidence of this otherwise, one imagines, it would present it to the British authorities, who would then have banned the group years ago. Hamas is outlawed in the UK as “terrorist” organisation.

The upshot of all this is this: yes, the Israel lobby is still powerful. Yes, Israel still wages daily violence against Palestinians. But I believe that the current historical trend shows the power of the Israel lobby to be on the wane. We need to continue shedding light on it and pushing back against it.

*An associate editor with The Electronic Intifada, Asa Winstanley is an investigative journalist who lives in London.