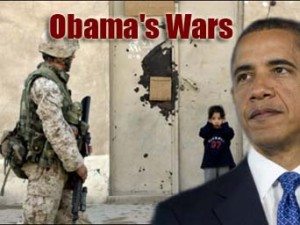 As the bombing campaign against Yemen extends into its third week, the Obama administration has stepped up direct US involvement in what constitutes an illegal war that threatens to precipitate a massive humanitarian catastrophe.

The nature of this war is indisputably defined by the character of its combatants. Backed by the US, the most powerful and aggressive imperialist country in the world, is a coalition of reactionary tyrants and royal parasites consisting of the monarchical dictatorships in Saudi Arabia and the Gulf states together with the savagely repressive regime headed by General al-Sisi in Egypt.

Their target is Yemen, the poorest country of the Middle East. Even before Saudi Arabia and other Gulf states sent warplanes to drop tons of explosives on crowded urban neighborhoods and mobilized warships to block all food and fuel imports from entering its harbors, over half of the population lived in poverty and roughly half the country’s children suffered from malnutrition.

Now, this desperate situation has grown immeasurably worse. Basic infrastructure is being bombed into rubble. Food supplies have grown critically short, while electricity, including power to pump water, has been cut off. Attempts by aid agencies to deliver relief have been thwarted repeatedly by the Saudi-led bombings.

While official UN estimates place the number killed at over 600, this includes only those reported by medical facilities, with the real death toll far higher. Thousands more have been maimed. The overwhelming majority of the casualties are civilians, with the bodies of entire families being pulled from the rubble of their homes.

This death toll may soon skyrocket. UNICEF has warned that if the bombing continues, more than a quarter of a million children are at risk of starving to death.

US officials acknowledged this week that the Pentagon is playing a decisive role in making these war crimes possible. It has accelerated the delivery of bombs, missiles and other weapons to Saudi Arabia for the purpose of killing more Yemenis and boosting the profits of the US arms merchants. Just between 2010 and 2014, the Obama administration reached $90 billion worth of arms deals with the Saudi monarchy, making it the top US customer.

On a trip to Riyadh, Antony Blinken, the deputy secretary of state, revealed that the US has also stepped up its intelligence sharing and logistical support for the Saudi-led onslaught, establishing a “joint coordination planning cell” in the Saudi capital. McClatchy News cited unnamed Pentagon officials as saying that this operation is being headed by a two-star general from US Central Command.

And on Wednesday, the Pentagon announced that US Air Force KC-135 Stratotankers have begun daily aerial refueling of Saudi warplanes, to allow continuous airstrikes.

Thus, the US military is not only shipping the bombs to drop on Yemen, but providing Saudi pilots with the targets to be struck and the fuel to reach them. The Obama administration’s hands are covered in the blood of the thousands of civilian victims.

US Secretary of State John Kerry delivered a bellicose defense of this intervention Wednesday, blaming Iran for the crisis in Yemen for allegedly providing aid to the Houthi rebel movement that has established control over much of the country.

“Iran needs to recognize that the United States is not going to stand by while the region is destabilized, or while people engage, you know, in overt warfare across … international boundaries,” he said in a PBS News interview. Kerry vowed that Washington “would stand up to interference that is inappropriate or against international law, or contrary to the region’s stability.”

One really has to go back to the 1930s to find such levels of lying to justify imperialist aggression. “Operation Himmler” comes to mind, when Germany’s Nazi regime used propaganda about “Polish aggression” to justify its Blitzkrieg against Warsaw.

The Houthis have not crossed any “international boundaries” to wage war, and neither has Iran. The Houthis are an indigenous movement whose successes stem from the hatred among broad sections of the population for both the old regime of Abd Rabbuh Mansur Hadi—the puppet installed by Riyadh and Washington—and Western intervention in Yemen. As for Iran, for all of the denunciations, neither the US nor anyone else has produced a shred of evidence of its direct or even indirect involvement in the fighting. Those violating the sovereignty of Yemen are the Saudi and Gulf State potentates backed by Washington.

As for the United States “standing up” for the “region’s stability,” who does Kerry think he’s kidding? The interventions of US imperialism, with the direct collaboration of the Saudi monarchy, have plunged the entire Middle East into chaos and bloodshed—from the destruction of Iraq, to the transformation of Libya into a militia-ravaged “failed state,” to the ongoing carnage inflicted upon Syria in a US, Saudi-orchestrated war for regime change spearheaded by Islamist militias.

In Yemen itself, the US destabilized the country through a protracted campaign of drone warfare that has claimed the lives of more than 1,000 people.

For the last several years, the Obama administration and the US military and intelligence complex have painted Al Qaeda in the Arabian Peninsula (AQAP) as the premier terror threat to the US “homeland” and the US drone campaign as a model “success” in the “war on terror.”

Now, in the face of the Houthi rebellion, the campaign against AQAP is a dead letter. While elements of the Islamist group have overrun entire cities in the past week, no one even suggests that the Saudi warplanes continuously bombing Yemen should take any action against them.

This is no accident. AQAP is the most militantly anti-Houthi force in the country and therefore a de facto ally in the US-Saudi coalition. AQAP, like the Saudi regime itself, is viciously sectarian in its hatred of the Houthi movement, which is based among the Yemeni Zaydi population, a Shia-related religious group comprising up to 40 percent of the population.

Washington has virtually ceased even attempting to invent new lies to justify such head-spinning realignments. The Obama administration has said next to nothing about this latest war being carried out behind the backs of the American people.

The “war on terror,” “human rights,” “democracy” and even “regional stability” are all equally fraudulent pretexts for naked aggression aimed at solidifying US hegemony over the Middle East and its vast energy resources.

This predatory imperialist offensive threatens to ignite a region-wide conflagration, even as Washington deliberately ratchets up military tensions with both Russia and China. The threat of these separate conflicts coalescing into a third world war grows by the day.