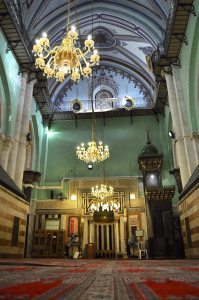 Palestine’s architecture is a legacy of many civilizations, cultures and religions. Palestine has been influenced by the diverse cultures that reigned over the land since prehistoric times. Palestine is staying true to its rich culture and heritage and their preservation.

The Mameluke period (1250-1517) left a remarkable and astonishing mark on the Palestinian architectural landscape. The opulence of both the Mameluke state and the court encouraged the undertaking of various types of buildings, with a particular enthusiasm for religious institutions.
Due to this commitment, the holy city of Jerusalem (al-Quds) particularly flourished. Forty four Madrasas (Islamic schools) and twenty zawiyas (buildings especially for Sufis, the mystic school of Islam) received generous donations.
The construction of increased public facilities, such as khans, souks, and hammams, around the city was carefully planned. Inspired by the official status of both the philosophy and the message of Islam, artists and architects executed daring, delicate compositions where symmetry and geometry prevail.
This technical and aesthetic perfection typified many examples of artistic creation at that time, including the calligraphy of Islamic manuscripts and the fabrication of gold pieces.

Umayyad palaces represent early Islamic architecture. They are spread throughout the greater Levantine countryside in what today extends into Syria, Lebanon, Jordan and Palestine. They were primarily rural settlements that often incorporated a bathhouse, residential areas, a mosque, an irrigation system that could sustain agricultural activities and sometimes other facilities such as a khan. It is speculated that they were not used as permanent shelters, perhaps functioning as stations on a caravan route, or as
administrative outposts. The best known example in Palestine is Hisham’s Palace
near Jericho (743-744 AD). In these palaces, the Umayyad showed a considerable
architectural and decorative talent. In terms of design, a complex layout containing audience halls, baths, domestic apartments for both males and females, mosques, courtyards, stables and garden enclosures was developed reflecting their luxurious standard of living and heir political and tribal power. In decorative terms, these palaces gathered the most exquisite forms of architectural decor extending from mosaic floors, to walls tilted with decorated tiles and stucco, which consisted of geometrical and vegetal representation.

During the late Ottoman rule (1517-1917), the central highlands of Palestine were divided into three main districts, the Nablus, Jerusalem and Hebron districts. These three districts were the main location of the so called throne villages.

Throne villages are unique due to the historical conditions in which they emerged and the architectural remains and influence they left in the Palestinian social and cultural life. It clearly reflects a significant example of human settlement during the late Ottoman periods. The best-preserved examples in the Nablus, Jerusalem and Hebron highland regions are: Sanur, Arrabah, Kur, Burqa, Deir Istia, Sebastia and Dura.

The tradition of baths is ancient and has its origin in Roman times. At the beginning of the nineteenth century, an important part of the city of Nablus’s social life revolved around its public baths (hammams).
Today, two public renovated baths carry on the tradition. They provide an opportunity for a unique moment of escape and of well–being. In both hammams, bathers can prolong an agreeable moment with inexpensive refreshments and a smoke on a water-pipe.

There are ruins of many Ottoman caravanserais especially on the road between al-Bireh and Nablus in the West Bank. Some of them, from the Ottoman era, merit a visit, for a good visual impression of these halts. In the past, caravanserais played a major role in the organization of commerce. They were above all places where traders stopped to rest, sleep and take on provisions before continuing their journey.
In addition, they served as postal relays and sometimes as military bases.

Most villages in Palestine situated either on hilltops or on hillsides above farmland, overlook the plains and cultivated valleys. Built in the ubiquitous limestone of the West Bank, the common construction material in the West Bank, the traditional village (qura’) was a compact mass of uniform houses surrounded by terraced orchards (habayel). The village was built around a source of water to guarantee maximal protection from the possibility of Bedouin raids. Each family had its own special area (hara) made of a group of
houses linked by interior passageways. Reflecting the social hierarchy, the leading families would have their homes at the top of the village. The most important often had a diwan, or a room where people gathered for important social occasions. Men would gather here to celebrate a birth, a wedding, to solve disagreements, or simply socialize after Friday prayer. There were other public places assigned to women, especially the village well (al-‘ayn).

The traditional architecture of villages is relatively simple. Only those villages designated under the name throne village (qura’ al-karasi), inspired by urban architecture, had a more sophisticated and more rich style. Throne villages were the property of rich rural landowners who worked closely with leading citizens in the cities, themselves owners of vast tracts of land.